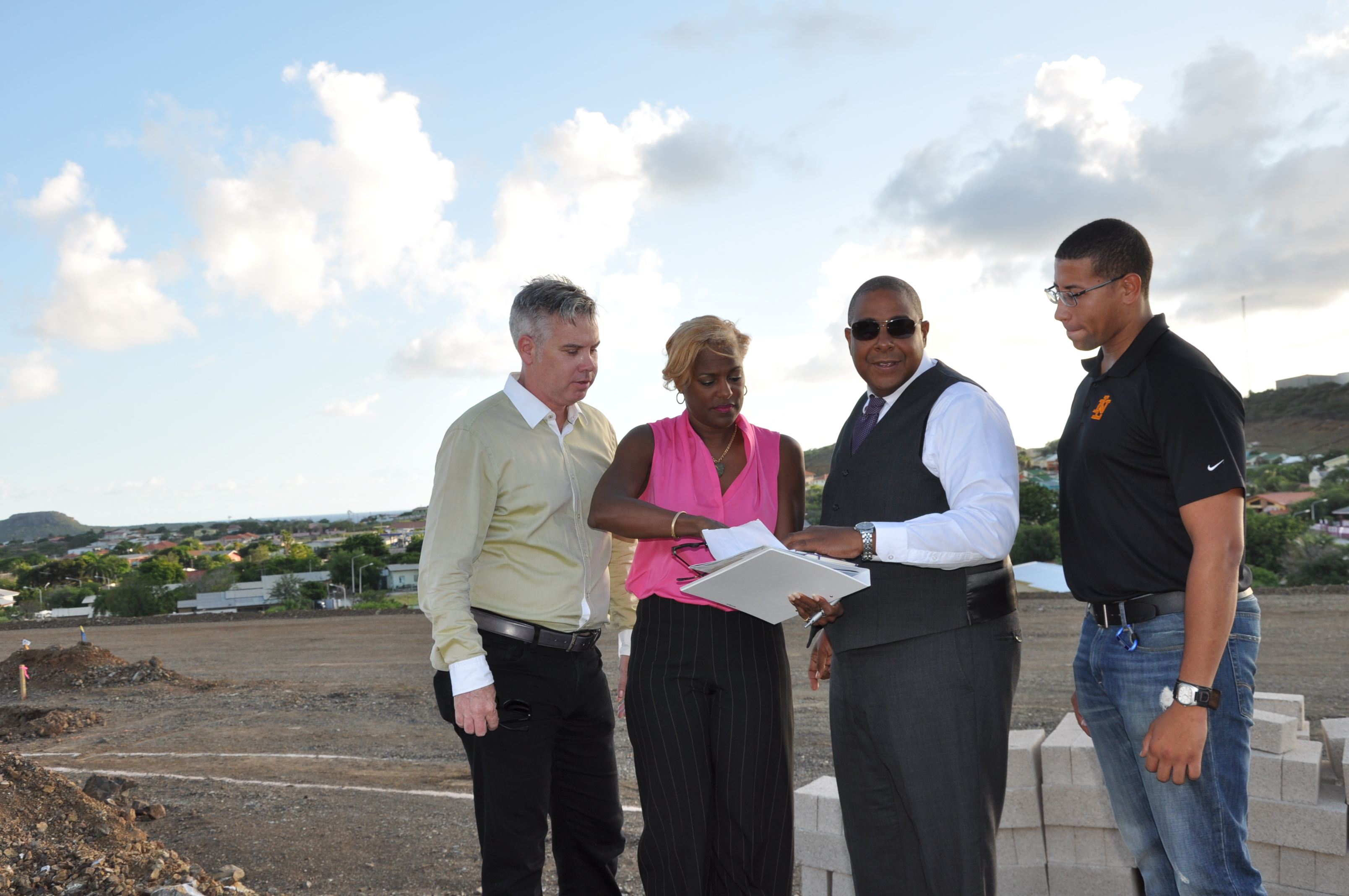 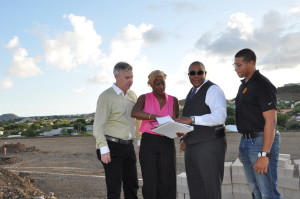 Willemstad – On June 11th construction started on these 84 homes, varying in 5 model types. Now just a few months later the highest point has been reached in phase 1 (approximately 45 homes). The completion of the first homes is expected to be in February of 2015. Minister of Traffic, Transportation and Urban Planning, Mr. Earl Balborda, and managing director Eigen Woning Plan, Mr. Walter Hofstede, held brief speeches at the ceremony. After that, and keeping to tradition, someone climbed to the highest point (the top of the roof) and poured beer over the white flag.

During his speech, Minister Balborda re-emphasised the importance and added-value of the Acropolis project for Montaña Abou, giving opportunities to starters looking for affordable housing options in a vibrant and dynamic developing area. Mr. Hofstede announced the start of the sale of the second phase of the project. He continued by also indicating that there will be more houses available in phase 2 of the very popular Iris house type, contrary to what was previously communicated. The Iris house type is high in demand. Registering is still possible on the website www.eigenwoningplan.com.

In closing Mr. Hofstede said that there are bigger and greater plans for EWP, and to stay tuned for news about the next 500 EWP homes. A small group of guests, including the staff of construction company NAB, were present for the occasion.